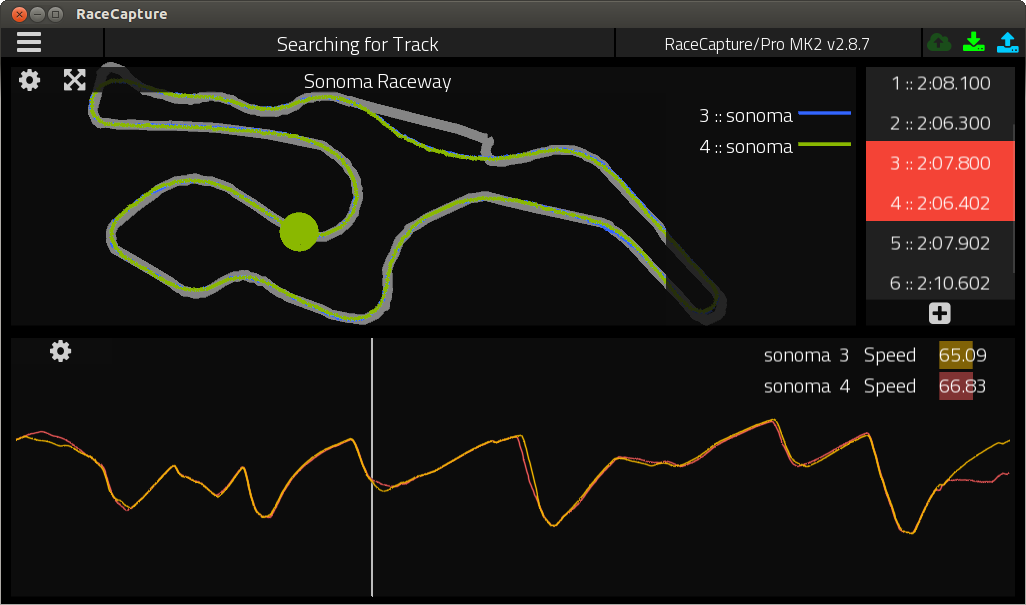 A number of improvements, mostly around the Beta analysis features but also in the core system and dashboard mode have been added. Get it for Windows / OSX from our software downloads section. 1.4.2 is available as Beta in the Google Play store. Instructions on participating in the beta. 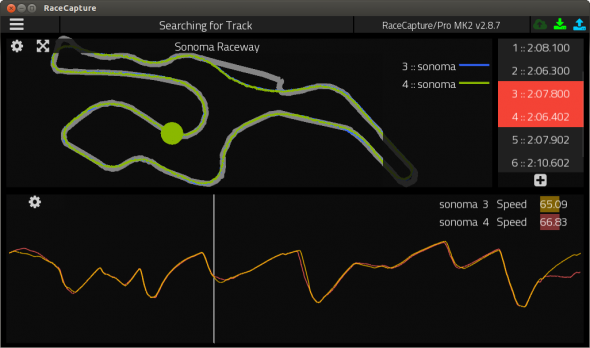 If you select a lap and no channels are selected, it will automatically select one for you – namely Speed – saving you a step.

Analysis: Show GPS trace even if no track map

Got some lap or run data from a track that has no track map? You’ll still see the GPS trace. Try this with some auto-x runs!

Only show active channels when configuring gauges – this helps find the channel you want, fast.

There’s a number of stability and performance improvements in there as well; here’s the big list with all of the improvements:

Showing more love for MK1, we’ve rolled in a number of changes seen in MK2 2.8.7. MK1 2.8.6 firmware has notable fixes around lap timing, log file formatting and predictive timing. Get it in our software downloads section!

As a reminder, MK1 and MK2 are on different paths now, so version numbers will increment separately as needed.